In ANSR volume 3 issue 4, LNAPL Body Stability, we discussed the various lines of evidence applicable to LNAPL body stability. In this issue we will discuss spatial moments analysis, which is one type of analysis that can be used to evaluate dissolved-phase stability. Spatial moments analysis may be conducted formally (MAROS, 2006; MAROS, 2012) or informally (Ricker, 2008).

MAROS (2006; 2012) contains a formalized spatial moments analysis procedure, and subsequent statistical analyses based on the nonparametric Mann-Kendall test to identify trends in the data from which plume stability may be interpreted. Ricker (2008) describes an informal spatial moments analysis method utilizing Surfer™ and Excel™, with linear regression to determine trends. MAROS provides a more rigorous statistical evaluation of both individual well and holistic plume stability. The Ricker method tends to be more intuitively transparent and focuses on a holistic plume evaluation. Both methods provide meaningful evaluations of plume stability. 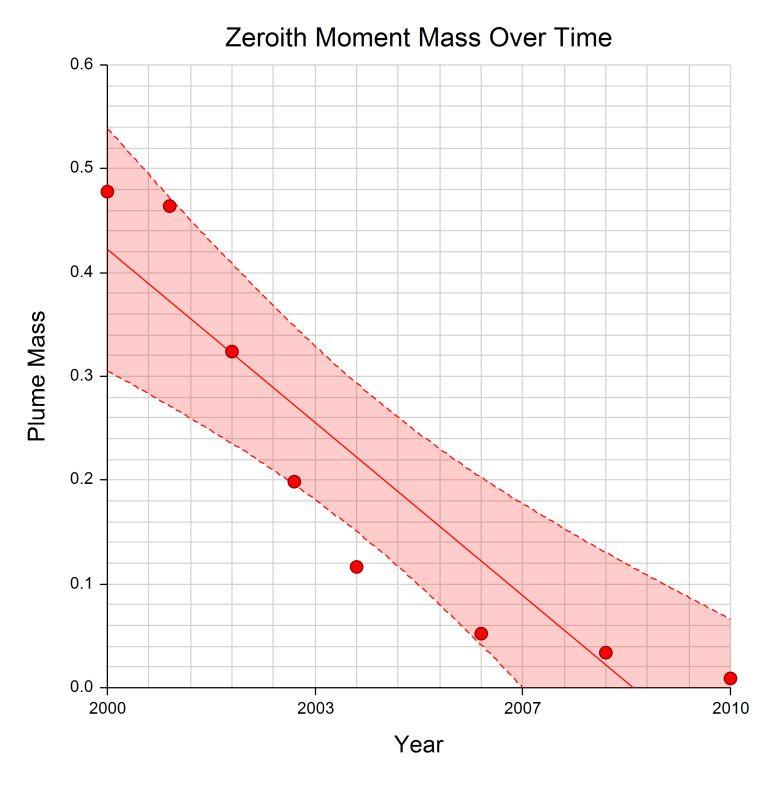 A time-series analysis of the first mass moment (change of location of center of mass) may be plotted on a map or converted to downgradient distance from some location (e.g., source) and plotted on a graph (Figures 2 and 3). Trends in center of mass location over time often track plume migration trends (e.g., if the center of mass is retreating towards the source area then the plume may be shrinking). 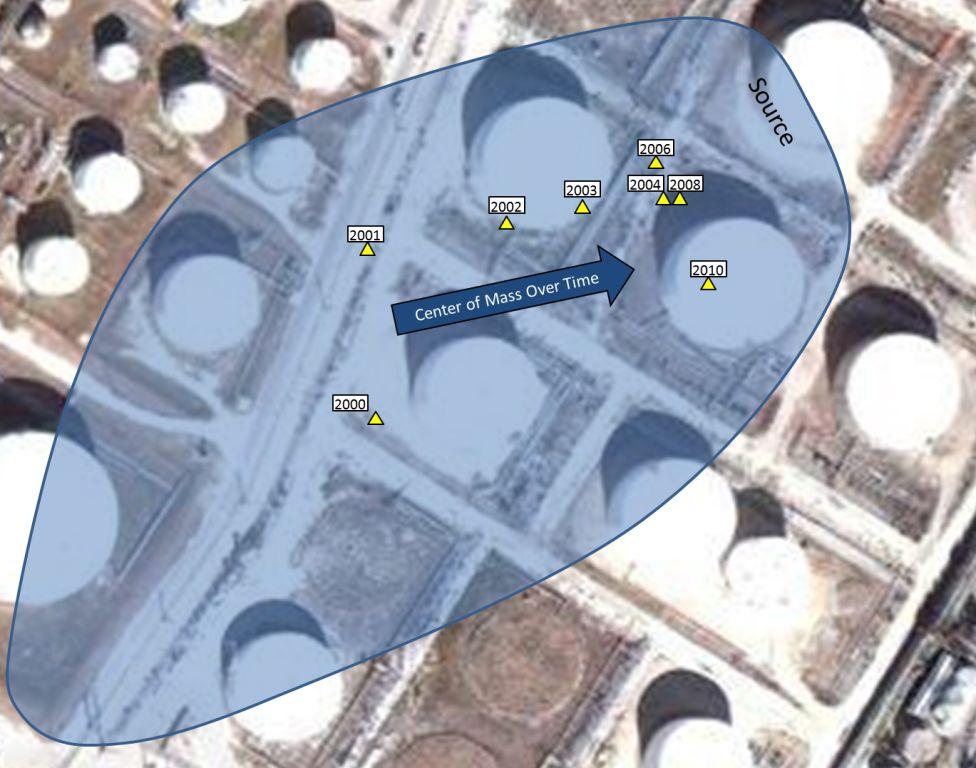 Figure 2. Hypothetical depiction of first moment center of mass movement towards source area of an overall plume footprint over time due to attenuation of plume mass. 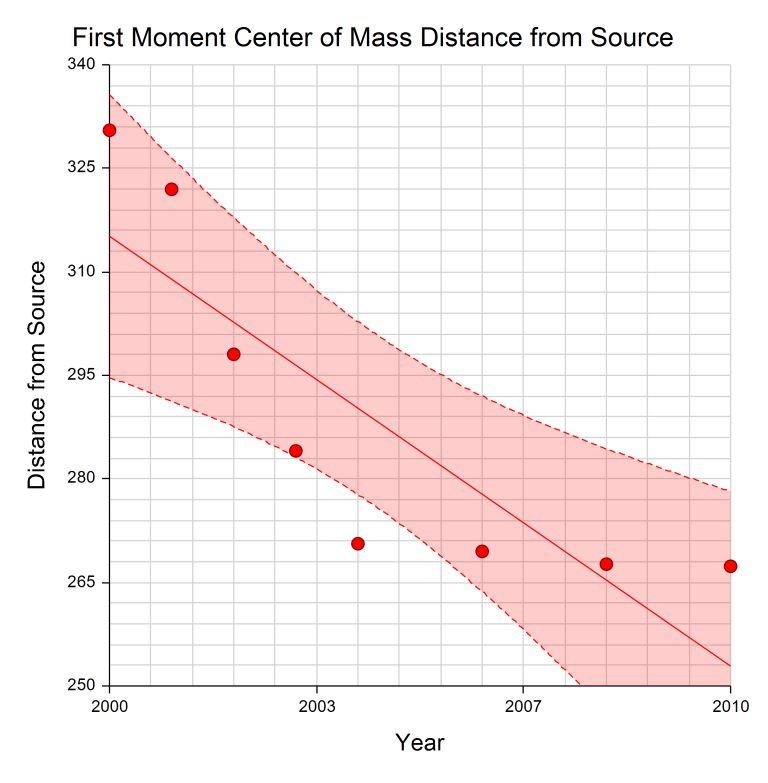 Figure 3. First moment distance from source to center of mass over time with a regression line and 95% confidence limits shown (MAROS, 2012).

Any interpretation of the spatial moments analysis must account for all moments. For example, a second moment trend away from the plume center of mass might suggest the plume is expanding. However, if during the same time the zeroith moment indicates an overall decreasing plume mass, the data would be consistent with a plume whose core is being attenuated more rapidly than its margin.

Trend tests such as Mann-Kendall which are based on Kendall’s tau correlation are widely-used in field studies because they have few prerequisites (e.g., data do not have to follow a normal distribution, nondetect values can be incorporated). If the Mann-Kendall tests for the first or second moment data indicate a significant trend (see this month’s Practical Stats column), the slope of that trend estimates the median or typical rate of change in the moment, determining the speed at which conditions are changing. If multiple sites have sufficient data to be tested for trend, those tests can be combined into one overall evaluation using the Regional Kendall test (see ANSR v3i4). The Regional Kendall test evaluates whether a consistent change takes place across multiple sites within the larger study area.

A word of caution is in order with respect to spatial moments analysis. If the same wells are sampled in each event, then the calculated spatial moments will be faithful reflections of the dissolved-phase body over time (within achieved error limits for field sampling and laboratory analysis). However, if different wells are sampled over time, then variation in the calculated moments may be a result of either actual variations in the mass moments over time or variation in the wells sampled over time or both. Before blindly accepting a numerical, graphical, or statistical trend analysis result, make sure that you understand the limitations of the data set. Remember that although daughter phase body stability is a powerful indicator of LNAPL body stability (i.e., if the dissolved-phase constituents are stable, then by indirect evaluation, the LNAPL must also be stable), spatial moments analysis of daughter phase body stability is only one particular type of analysis for one line of evidence for LNAPL body stability. Additional lines of evidence should typically be examined to ensure a clear understanding of LNAPL body stability issues for the site or release.