The spreadsheet tool does not automatically estimate the transmissivity from the gauging data but requires varying degrees of user consideration with regards to the gauging data, boundary conditions, and other input parameters. However, the guidance document provides additional details and examples to support the analysis of LNAPL transmissivity for various hydrogeological conditions. 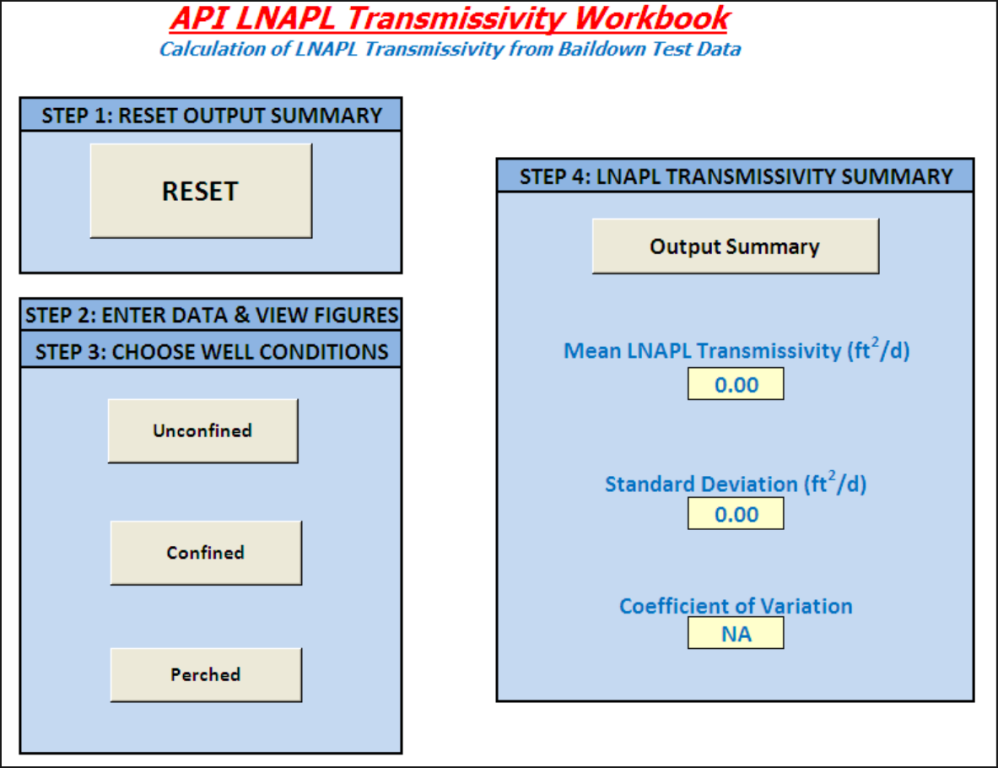 Additional worksheets include one for each of the methods to estimate the LNAPL transmissivity for unconfined (three methods), confined (one method), and perched (one method) conditions. 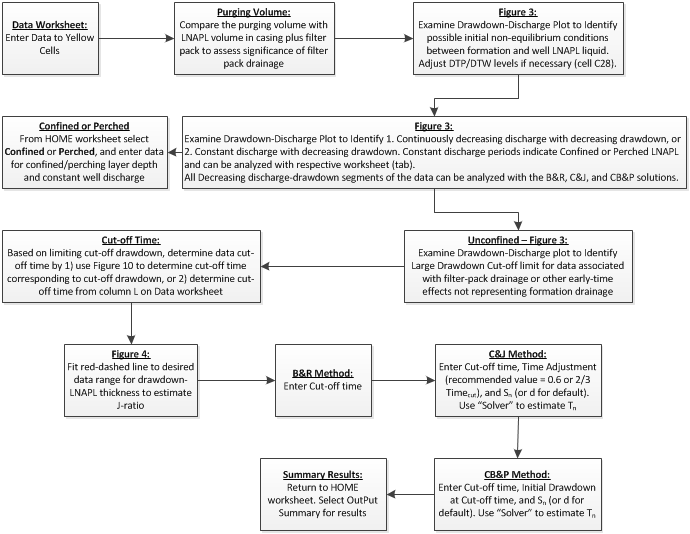 The preceding article is an introductory primer to the API LNAPL Transmissivity Spreadsheet. Additional discussion on the boundary conditions, advantages and limitations for the three unconfined methods used to estimate the transmissivity, identifying equilibrium fluid levels from field data and other considerations will be discussed in future issues.